"Holster HQ is an Amazon Associate, we may earn commissions from links on this page that you clink on and make qualifying purchases, thanks for helping support us"

Are you a fan of the .380 Auto? Do you want a conceal carry weapon that is light, compact, and can fit a variety of holsters? If the answer is yes, then the LCP (Lightweight Compact Pistol) or LCP II may be the sub-compact guns for you. They both shoot exclusively .380 Auto ammunition. They are also an extremely lightweight and reliable self-defense option for shooters of any level. Read on to find out more.

The LCP was Sturm, Ruger & Company’s first foray into creating a lightweight conceal carry weapon for the .380 Auto. The LCP released in 2008, and immediately created controversy. Some people thought that the LCP was a little too close in design to Kel-Tec’s P-3AT. However, no charges were ever filed.[1]

The LCP continued to make news even though it was a large success for Ruger. In 2008, shortly after the pistol’s release, Ruger recalled certain serial numbers of the LCP. The recall happened because some of the LCPs were reported as discharging when dropped on a hard surface.[2] This is obviously a problem, so Ruger recalled the pistol and fixed the production problem. Since 2008 Ruger has not experienced any problems with their LCP, so you can buy one with confidence. Are you looking for  Ruger LCP IWB holsters/ LCP2 holster?

Ruger updated the LCP in 2013, but in 2016 announced that they would completely remodel their highly popular LCP. The new LCP, called the LCP II is slightly larger than the original and has a few new features, such as a trigger safety and slide lock. The new and improved LCP II has been as popular as a pocket pistol as its predecessor. Both are great options for a person looking for a small sub-compact to carry on a daily basis.

There are a few differences between the LCP and LCP II, so below we’ve included the specs and design types (there are a lot of them) for the two editions of the pistol. Check out our Ruger IWB Holster 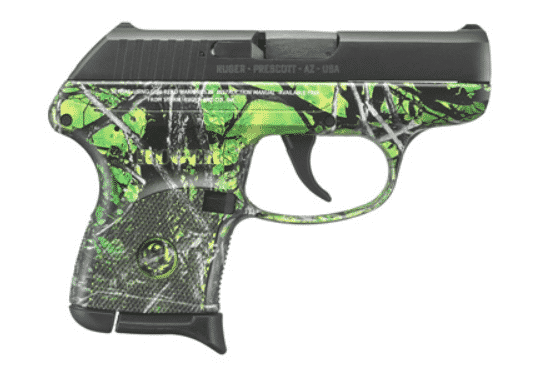 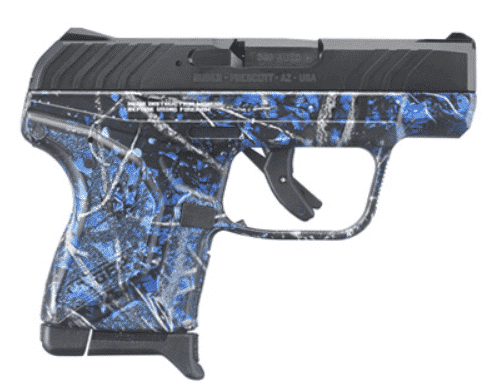 Both the LCP and LCP II share many of the same features. Here are the ones that make these pocket pistols stand apart from the competition.

Because the LCP and LCP II are small pistols, the grip will be small. It will likely be hard for most people to have a correct four finger grip. But, Ruger does offer grip extensions and longer magazines to help correct your grip on the pistol. The LCP II has new cocking serrations that make it that much easier to grip.

Additionally, Ruger has rounded the edges on both the LCP and LCP II, which makes the pistols easy to draw and re-holster with ease.

The trigger is where the LCP and LCP II differ greatly. The LCP uses a DAO trigger that had a 10 lb. pull. People disliked the heavy pull of the LCP’s trigger, so the LCP II uses a new single-action trigger where “the internal hammer is fully cocked by the rearward motion of the slide.”[3] What this gets you is a less heavy trigger pull (around 6 lbs.) that is clean, crisp, and much easier to use.

For a pocket pistol, the LCP and LCP II are considered fairly accurate pistols at shorter ranges. You will not be winning long-shot competitions with these firearms, but that’s not their purpose.

The biggest complaint most people have with the LCP and LCP II are the sights. Because of the pistols’ small size, the sights are by nature shorter and smaller than normal.[4] However, some reviewers argue the Ruger’s decision to let as much light as possible to the front sight make them very useful for a pocket pistol.[5]

In order to improve the safety of the pistol, Ruger has added a trigger safety on the LCP II. This addition does not interfere in the trigger system, or make you have to flip a manual safety on and off, which appeals to many gun owners.[6] This review of Ruger LCP OWB holsters has both leather and kydex recommendations

Pocket pistols are a great way to conceal carry. They are light and small enough to be concealed without any printing. Ruger’s LCP and LCP II are both smaller than the majority of the other pocket pistols on the market.

One drawback with these firearms is that they only shoot .380 Auto. If you are someone who wants to shoot a higher caliber bullet and create the most damage possible, then these pistols probably will not be for you. However, even smaller ammunition can save your life. And, you can’t beat the price and comfort of Ruger’s LCP and LCP II. Try one for yourself at your local dealer.

Check Out These Hybrid Leather/Kydex Designs

This website uses cookies to improve your experience while you navigate through the website. Out of these cookies, the cookies that are categorized as necessary are stored on your browser as they are essential for the working of basic functionalities of the website. We also use third-party cookies that help us analyze and understand how you use this website. These cookies will be stored in your browser only with your consent. You also have the option to opt-out of these cookies. But opting out of some of these cookies may have an effect on your browsing experience.
Necessary Always Enabled
Necessary cookies are absolutely essential for the website to function properly. This category only includes cookies that ensures basic functionalities and security features of the website. These cookies do not store any personal information.
Non-necessary
Any cookies that may not be particularly necessary for the website to function and is used specifically to collect user personal data via analytics, ads, other embedded contents are termed as non-necessary cookies. It is mandatory to procure user consent prior to running these cookies on your website.
SAVE & ACCEPT