If you want a good, reliable polymer Heckler & Koch pistol and don’t mind paying a premium for it, then the P30, P30SK, or P2000 may be right for you. Make no mistake about it, with MSRPs hovering around $1000, these are expensive guns. However, for the price you get high-qualities materials and workmanship. Heckler & Koch are a favorite among European police and military forces for a reason. Read on to find out more about these three great models from the German Manufacturer.

H&K released the P2000 in 2001. It introduced interchangeable backstraps to the pistol market and was designed specifically with police and military users in mind. Knowing their target audience meant that H&K released the P2000 for both 9mm and .40 S&W. Despite being an older model of pistol, H&K’s P2000 has continued to be a best seller for the company.

Because of the success with the polymer-framed P2000, Heckler & Koch released the P30 in 2006. H&K designed the P30 and P30Sk similarly to the P2000 but made a few ergonomic and appearance changes. This pistol is also available with either 9mm x 19 or .40 S&W compatible magazines and has a sub-compact version—the P30SK.

The three models of pistol described here feature many similar specs. The P30 and P30SK are essentially the same pistol, with the SK version being a sub-compact. The P30 has a size somewhere between a compact and a full-size pistol. The P2000 is made on a different frame and is smaller than the P30 but larger than the P30SK. We’ve listed all pertinent specs of each model down below.

So that you are aware of all of your options, we have also included the available configurations for the three pistols as listed on Heckler & Koch’s website.

Heckler & Koch’s P30, P30SK, and P2000 pistols include many of the same excellent features. Here are just some of our top picks for these three models of H&K’s guns.

The P2000 includes interchangeable backstraps—it was actually one of the first pistols on the market to offer this option.[1] In fact, it includes four backstraps instead of the usual three, which helps create the ultimate customizable experience for your grip.

One of the changes H&K made between the P2000 and the P30 models is in the grip. The grip on Heckler & Koch’s P30 and P30SK pistols have been highly touted by reviewers, especially for their improved ergonomics.[2] Some reviewers have even claimed that unlike other guns, the grip on the P30 is “proportioned for people.”[3] As with many of their polymer framed pistols, H&K ships the P30 and P30SK with interchangeable backstraps.

If you do not like hammer-fired pistols, then you will likely not like either the P30 series or P2000 trigger. The trigger pull is generally quite heavy out of the box for H&K pistols, and these are no different.[4] However, some reviewers at least indicate that H&K’s trigger is not the worst on the market.[5]

As with aspects of buying a new gun, we recommend trying out the P30, P30SK, or P2000 before you purchase to make sure that it will shot comfortably for you.

Like all Heckler & Koch pistols, the P30, P30SK, and P2000 are very accurate guns. All three have been designed for law-enforcement and self-defense, and so have the accuracy required for those occupations. H&K has especially designed the P30 with improved confirmation to increase your accuracy on the range and in a do-or-die situation.

They include three dot sights made from phosphorescent paint that stand out from the more typical plastic sights used on polymer guns. Phosphorescent sights are still not as good as tritium night sights, but H&K does offer those sights as an option.

Because the trigger on all three H&K models is hammer-fired, there are included manual safety and decocking options, which we have listed above in the specs for each model.

Why should you buy a Heckler & Koch P30, P30Sk, or P2000? Buy these guns if you want a high quality, durable, and accurate weapon. You should also consider these pistols is you want a gun that has been specifically designed for conceal carrying. Because these pistols have all been intended for police and military use, they are made so that they do not snag on clothing and are light enough to carry comfortably all day.

The final reason to purchase a H&K pistols is if you do not mind the price tag. While they are not the most expensive guns on the market, they are high on the list. Some people just can’t or won’t spend that kind of money on a polymer gun. However, know that when you buy H&K, the stellar features and construction that helps justify the high cost. We recommend checking out a P30, P30SK, or P2000 today. 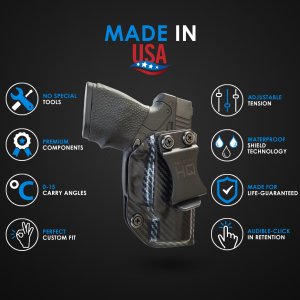 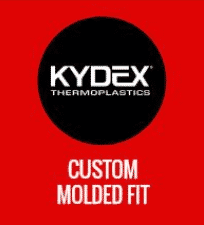 Whether you are lost in the woods, broken down in the desert, or have found yourself in a disaster situation, staying safe or finding food may prove difficult without a proper firearm. You never know what could go wrong, and different survival situations call for different styles of weapons. Here is a list of five…

How to Mount a Scope

How to Mount a Scope – a Guide from the Expert If you are a hunter, knowing how to mount a scope is paramount. It can also save you some money because you will not have to take your rifle to a gunsmith to do the job for…

Types of Holsters     Holsters are a great way of safely and comfortably carrying a weapon. But there are a lot of different types out there, with dozens of brands. How can you find the right holster for you? Here, we’ll guide you through all of the major types of holsters and help you…

We tried out several different Ruger SR9C IWB holsters and came up with this list of the 10 best Ruger SR9C holsters for sale. We prefer inside the waistband (IWB) holsters because they hold your gun securely, are easily concealable and highly comfortable. The Ruger SR9c is a great concealed carry weapon and it’s an amazing concealed…

Everyone wants to find the best Glock 43 IWB holsters, but they aren’t sure where to look. That’s why we put in countless hours of work comparing and doing reviews on these 9 best holsters on this list. All of the holsters on this list are high quality, but we put them in this order…

3 stories of How Owning A Gun Saved These Lives

A Lifesaving Decision, Firearms Saving People’s Lives The decision to carry a firearm is one of the most imut portant you will ever make. Not only can it provide safety, it also improves confidence and situational awareness. Training and learning to carry a gun are much more than just buying a gun and sticking it… 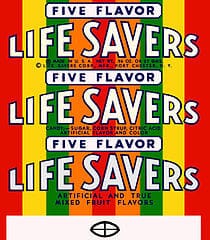 A Lifesaving Decision, Firearms Saving People’s Lives The decision to carry a firearm is one of the most important you will ever make. Not only can it provide safety, it also improves confidence and situational awareness. Training and learning to carry a gun are much more than just buying a gun and sticking it in…

The right set of optics can greatly increase accuracy and response times. It’s important that shooters choose the right set of optics to match their firearms purpose. Home defense weapons will be better off close range optics such as red-dot or holographic sights whereas hunters shooting in large open terrain would be better suited to…

Our Top 5 Shotguns For Young Hunters

We all remember our first hunt with our parents and now it’s time to make some new memories with your children. Hunting season provides an opportunity for some truly unique bonding, you get to enjoy time with your family whilst they also get to learn some valuable life skills, like using shotguns for hunting. If…

Oldies’But’Goldies – Lucky Must Haves For Your Gun Collection

Any experienced firearm users will let you know that you’ll never own just 1 gun. Whether you need something that fits better, has a different purpose, or shoots a different round, soon enough you’ll have a full-blown gun collection on your hands. We’ve put together some absolute classics that anyone would be lucky to own…