While Springfield’s 1911 may have made the company famous, it was their 2002 release of the XD that allowed them to compete in the modern gun market. The design for the original XD came from the Croatian PHP, which was then re-released in 1999 as the HS2000. Springfield bought the rights to the design and then re-re-released the gun as the XD.

The XD’s polymer frame and striker-fired trigger sets it apart from Springfield’s other firearm offerings. In many ways XD pistols are an answer to Glock’s G17 and G19. With Glock’s entrance into the U.S. market in 1986, they began setting the standard for American pistols. Subsequently, all other gun manufacturers had to evolve to keep up. By creating a pistol with a striker-fired trigger and polymer frame, Springfield was able to compete with Glock. The XD series quickly gained a reputation for excellence in both the civilian and law enforcement market.

Best options for the XD Series

+READ ALL OUR REVIEWS HERE+

Nothing stays current forever, which prompted Springfield to revamp their XD series. In 2014 they began releasing their new XD mod.2 series. They currently offer five models of the XD mod.2, all of which include a double-stack magazine: a 3-inch sub-compact, a 3.3-inch sub-compact, a 4-inch service, a 4-inch service with a threaded barrel, and a 5-inch tactical model. Each of these five models have different caliber options, which are included in the specs below.

On their website, Springfield organizes the XD mod.2 pistols by length of barrel, an order that we keep in the following list. Here are the important specs for each XD pistol.

XD Mod.2, 4 in. Service with Threaded Barrel: available in 9mm

Barrel: 5 in. hammer forged steel and carbon steel and Melonite

For the purposes of this review, we will be focusing on the features of the new XD mod.2 pistols. Springfield updated the look and functionality of their popular polymer pistol. But, the high-quality materials and durability people have come to expect from the XD series remains the same. The features mentioned here remain consistent across all sizes and caliber of the XD pistols.

The mod.2’s grip presents one of the largest changes Springfield made to their XD series. The new grip has three zones. The first includes a medium-aggressive texture and goes on areas of the grip where you need some but not a lot of traction. The most aggressive texturing, zone 2, goes on areas where you need the most grip. Finally, zone 3 texturing presents the least amount of grip, enough to allow you to retain a hold on the pistol while also allowing for some slide.[1]

A lot of reviewers lament Springfield’s decision to post the name of their new grip—the “Grip Zone”—so prominently on the gun.[2] However, that disagreement in taste aside, the Grip Zone and new “High-hand” beavertail provides an easily, securely, and comfortably held weapon.

As is the case for most guns, the XD’s trigger has caused a lot of controversy. Most people seem to like the trigger and compare it favorable to Glock’s trigger. However, there are those that find the uptake much too long and soft.[3] Even reviewers who dislike the trigger mention that it has a reliable break every time. The trigger should not be a deal-breaker for anyone—as aftermarket triggers are available—but make sure to test the gun before purchase to see if it matches your own preferences.

Most reviewers argue that the XD pistols are accurate right out of the box. This makes them a great option for a new shooter, who may not have the skills required to readjust the pistol.

For the mod.2 pistols, Springfield has included a high bore axis and high grip with will tame the recoil in even the smallest sub-compacts. However, keep in mind that the larger caliber magazines you use, especially with the smaller pistols, the more the gun will move around. 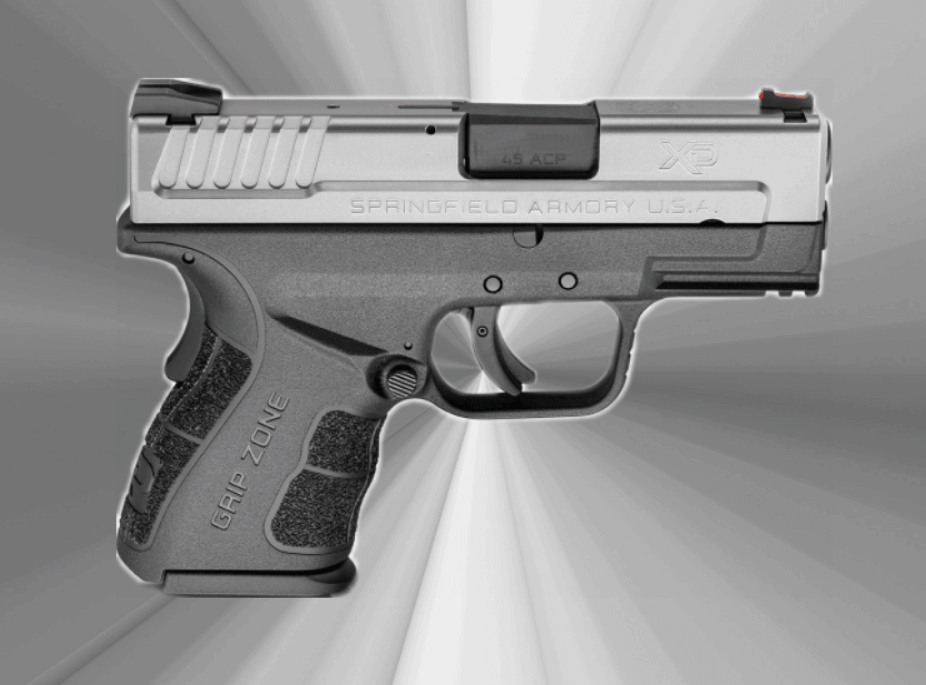 Like Glock, Springfield does not include a manual safety on their XD pistols. Instead they use a grip safety, which includes a lever on the grip that will not allow the pistol to fire unless it is completely depressed. Thus, the shooter has to have the correct grip on the gun to shoot it.

Springfield also provides a trigger safety that is similar to the one on Glock’s pistol. The lever in the trigger must be depressed into the trigger to fire the gun. Finally, the striker-fire mechanism creates a passive safety that keeps the gun from discharging accidently when dropped.

All XD pistols comes with a custom molded lockable case, gun lock, extra magazine (this is an extended magazine in the sub-compacts, a flush magazine for the full-size pistols), speed loader, cleaning brush, and a (mostly disliked) holster.[4]

All XD pistols also come with an accessory rail, which allows you to add accessories like a laser or light to the pistol.

Do you want a reliable, light, and accurate pistol for self or home defense? If you do, then Springfield’s XD mod.2 deserves a close look. The polymer frame keeps the pistol light, while the new high bore axis keeps the felt recoil down even in the smallest sized models. The XD may not be the prettiest or flashiest gun on the market, but it will consistently get the job done every time. Looking for an OWB Holster for your XD? 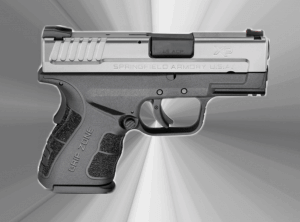 +CHECK OUT OUR GUN SAFE REVIEWS+ 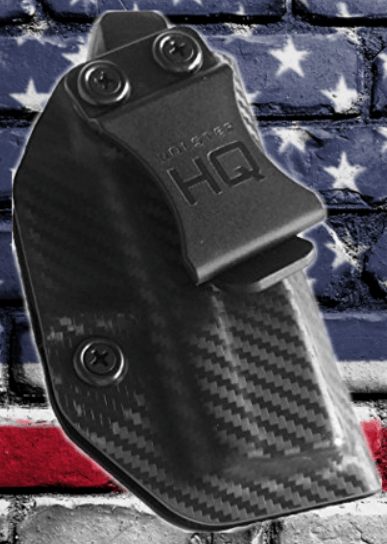 We tried out several different Springfield XDS holsters and came up with this list of the 6 best Springfield XDS IWB holsters. We prefer inside the waistband (IWB) holsters because they hold your gun securely, are easily concealable and highly comfortable. The Springfield XDS is a great concealed carry weapon and it’s an amazing concealed…

Holsters Made By HQ SPRINGFIELD See Our Safe Reviews XD 1911 Search by Model XDS More Models Coming Springfield Armory   Of all the firearms manufacturers that we discuss, there is none with a more prestigious and storied reputation than Springfield Armory. The company is one of the largest in the world, and the leading…