LC9s-The second of Ruger’s self-defense semi-automatic pistols discussed in this article, the LC9s presents an update to Ruger’s earlier LC9, both shoot 9mm and are set up for right-handed shooters. At this point you may be asking yourself, what’s so important about this update that Ruger added an “s” to the name? The answer in simple. The “s” stands for striker, as in the trigger is striker-fired.

Ruger LC380-Ruger’s Light Carry (LC) pistols have been an extremely popular addition to the company’s firearms offerings. Ruger opened their LC line of pistols in 2008 with the LCP chambered in .38. They released the larger 9mm LC9 in 2010. The two pistols discussed here are the updated versions of the LCP and the LC9. Ruger released the updated LC380 in 2013 and the LC9s in 2014.

Digging into the Ruger Specifications

Before buying a new gun, it is important to know its specs. Here are a few of the most important specs for both the Ruger LC380 and the LC9s. These specs stay the same no matter the options selected.

The LC380 has the exact frame as the original LC9, but shoots a smaller bullet. Most .38 caliber firearms on the market are called “mouse” guns. They are hard to grip and to shoot. Yet, by using the heavier and larger frame of the sub-compact LC9, Ruger could make the LC380 handle and shoot easier than most .38s.

The original LC9 was a hammer-fired pistol, which caused problems for a lot of customers. The hammer-fired DAO trigger coupled with the light weight of the LC9 made it extremely hard for even experienced shooters to fire. Ruger’s listened to these complaints and updated their trigger mechanism for the LC9s, which has resulted in a highly popular 9mm sub-compact.

There are fewer models of the LC380 than their LC9s counterparts. However, there are still a few different options for you to choose from. Here are the four listed on Ruger’s website.

With such a popular gun, it will come as no surprise that Ruger’s offers a variety of LC9s model types. All models are taken from Ruger’s website. I also take special note of the different distributor exclusives.

Also, the LC9s comes in original or Pro version. The Pro version leaves off the manual and magazine safeties. If these options are appealing to you, we recommend discussing them with your local dealer.

Since the 1990s, the market for personal defense pistols seems be growing at an exponential rate. The many available options on the market can easily overwhelm both a novice and experienced gun buyer alike. Read on to find out more about two top self-defense sub-compact pistols, Ruger’s LC9s and LC 380. 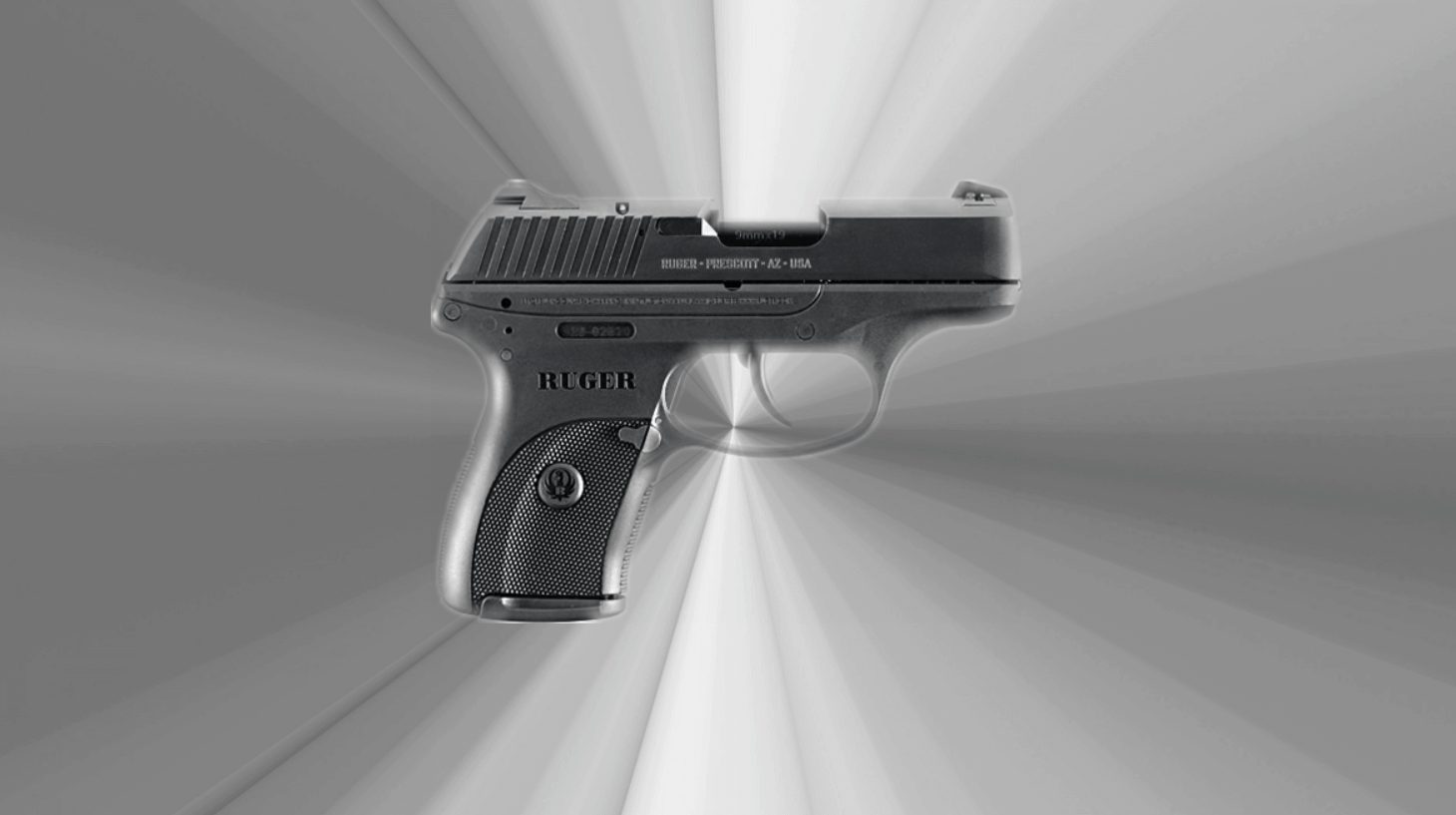 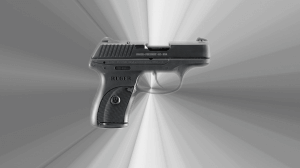 Features of Both the LC380 and LC9s

Ruger’s LC380 and LC9s include many features that set them apart from the competition. Here are a few of the highlights.

For the most part both the LC 380 and the LC9s have been reported as extremely reliable by reviewers. However, some people have mentioned that some of the LC9s have magazine issues. In certain LC9s the plastic magazine follower wears away quickly and stops pushing up the slide lock lever. This will keep the gun from firing. For a longer description of the issue go here. Not all LC9s have this defect, but be aware that certain batches may have the problem. If you happen to buy a LC9s with magazine issues Ruger will replace the faulty magazine at no charge to you.

With a .90 in. width, the LC380 and LC9s are extremely thin guns. That coupled with their small height, 4.5 in., can create a grip problem with people who have medium and large hands. Not surprisingly, most female reviewers do not mention this problem, as women tend to have smaller hands.[1] Ruger does include an extension floorplate—and you could be extended magazines—but even so it will be hard for anyone but those with the smallest hands to use a complete three-finger grip.

As mentioned above, Ruger introduced the LC9s to fix the hammer-fired problems of the LC9. While the LC9s is a striker fired pistol, it is also DAO, with a trigger pull of around 5lbs. Thus, if you don’t like Dao triggers, you will probably not like the LC9s. However, those that don’t mind firing DAO claim that the LC9s pulls very smoothly and shoots quite well.[2]

The LC380 is also a Dao trigger, with about 6lbs of pull needed to break. Ruger has kept the trigger guard large, so that those with bigger fingers—or people wearing gloves—can use the trigger. The trigger problems of the LC9 pistols are not mentioned for this gun.

As mentioned above, the LC380 uses smaller ammo in a relatively large gun—for the size of ammo. Thus, shooting the LC380 is much easier than most .38 pistols. The recoil and muzzle flip are not as noticeable as on other competitors’ products.

The addition of larger ammo changes the accuracy of the LC9s. As has been mentioned in some of our other sub-compact and compact reviews, putting larger ammo in a small gun will cause recoil and muzzle flip. The LC9s is no different, and in fact could be worse than many other sub-compact 9mms because of the high bore axis of the gun.[3] With practice, Ruger’s LC9s will be reliably accurate for you at combat range (5-15 ft.). Ruger designed the gun as a conceal carry weapon (CCW), so this accuracy range is right in line with its purpose.

If you want a variety of safeties on your pistol, then the LC380 or the LC9s are the gun for you. On the standard model Ruger includes a trigger safety, striker block for drop safety, manual safety, out-of-battery safety, and a magazine disconnect safety.

Now, because both Ruger’s LC380 and LC9s are designed for personal defense, some people argue that so many safeties are useless at best and potentially dangerous at worst—since the gun may not necessarily fire when you need it to. Ruger, again, listened to their customers and created the LC9s Pro version that allows you to purchase the pistol without manual or magazine disconnect safety options. Ruger does not offer a Pro version of the LC380.

The LC380 and LC9s will ship in a cardboard box with the gun, soft carry case, one magazine, one orange magazine for disassembly, and a finger-grip extension floorplate. The bare-bones nature of this pistol means that Ruger can keep the price down. You can pick up a LC9s for between $300-$400 at a retailer. LC380s cost a little more, with a MRSP of around $500.

One problem most reviewers mention with the LC380 and LC9s package is its lack of a second magazine. Most guns, especially other sub-compact competitors, ship two magazines with their guns. If you don’t want to purchase your own second or third magazine for the LC380 or LC9s, then this may not be the pistol for you. However, purchasing a second magazine will only set you back around $30.

One of the biggest advantages of buying a Ruger gun is their commitment to customer service. They constantly invite feedback, and then listen to their customer’s demands. As mentioned above, this trait has especially helped the development of the LC9s, but has also affected the revamp of the LC380.

By using the same frame, Ruger creates a very similar experience for both guns. However, size of ammunition matters a lot. For example, the smaller .38 caliber will make the LC380 shoot with less recoil, while the small relative size of the LC9s to the 9mm bullets will increase that weapon’s recoil. As always, do your research and try the guns out before your purchase. But, if you want rugged and reliable sub-compact pistols of either 9mm or .38 variety, we recommend you ask your dealer to show you the Ruger LC380 and/or LC9s. Rugers site

From doomsday preppers to seasoned hunters, we can all appreciate the usefulness of quality semi-automatic rifles. Offering reliability, accuracy, stopping power, and increased magazine capacity, semi-automatics really can do it all. We’ve compiled a list of our favorite semi-automatic rifles offering a range of practical uses, most being very versatile firearms to have in any…

What You Need To Know When Buying For Home Defense

When looking at purchasing a weapon for home defense there are a few factors that you should look at a bit more closely such as over-penetration, ammunition type, and even weapon accessibility. Choosing the best home defense weapon for you largely comes down to personal preference with whichever weapon you feel most comfortable handling. It’s…

Our Top Essentials To Bring On Every Hunt

We’ve all ended up starting our weekend hunting trip in the worst possible way by leaving an essential piece of gear back at home. Or we’ve been jealous of friends thinking ahead and preparing the essentials to bring on every hunt we would never have considered helpful beforehand. Our essentials list will take new and…

In long range shooting, we all dream of hitting that incredible 1000+ yard shot where we down our prey with a single round but for most of us, 90% of our shots will be made within 100 – 300 yards. Modern long range shooting is now widely supported by a world of gadgets to assist…

Tips For Buying Your First Handgun

Buying your first handgun can be quite a daunting and overwhelming task for any first-time buyer but don’t worry we’ve collected some tips that’ll ease you through the process. Buying the right firearm for you is important in making you feel comfortable with handling it. Most people don’t find the right gun in their first… 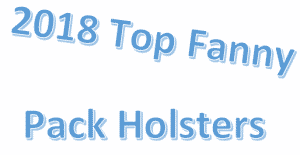 What are Fanny Pack Holsters? Remember when fanny packs—the small bags worn on a belt around your waist—were a fashion trend in the 1980s? Well, that is what you will be purchasing when you buy a fanny pack holster. They may not be the coolest conceal carry—or wardrobe—option. But, fanny pack holsters have unique features…

Figuring out which type of holster to buy for conceal carrying can be overwhelming. There are seemingly infinite varieties. You can go for the always popular waistband holsters like OWB, IWB, or AIWB. You could choose “police” inspired holster like the shoulder or ankle. Or, you could choose one of the holsters we discuss today:…

The Right Way Of Cleaning Rifles

Rifles differ from handguns and shotguns in their thick barrel walls and spiral grooves in the bore (called rifling).[1] When a barrel is rifled, it can shoot a bullet much more accurately at great distances. Greater accuracy and distance shooting makes this type of firearm extremely popular with hunters. When you are out hunting with…

The Proper Way of Cleaning Shotguns

Like rifles, shotguns are often used in hunting, but you will also find them in sporting, law enforcement, military, or home defense situations. Shotguns were originally designed to shoot “shot” (a multitude of small pellets) or slugs (a solid bullet). Because of the type of ammunition used in shotguns, their barrel walls are much thinner…